How don't most gas grills heat up enough to grill squid?

If a gas grill don't heat up enough, an electric grill definitely won't. What to use then?

You'll need a hot charcoal grill for this. Gas may get you there, but I doubt it. Most gas grills don't generate enough heat. The trick is to cook the squid as quickly as possible, so as not to toughen it up. 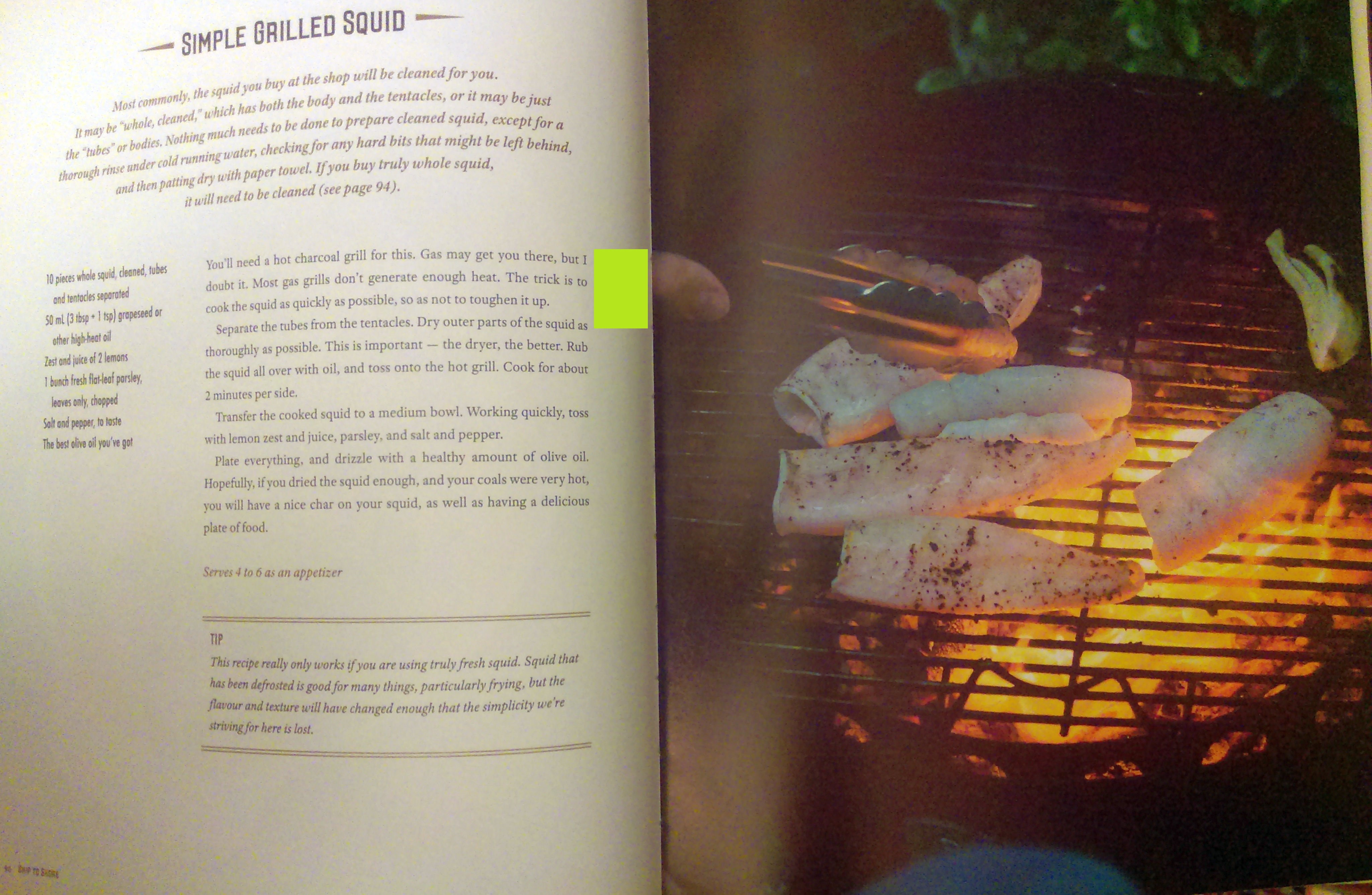 Chgg Clou‭
471 reputation 70 2 78 38
Permalink History
Why does this post require moderator attention?
You might want to add some details to your flag.
Why should this post be closed?

(I have a little experience with grills but none with squid.)

Not unlike putting laundry out to dry in a rain shower, grilling squid requires overcoming some very fundamental obstacles, namely that the surface of the squid will only brown once it has dried out enough, but the squid will overcook if it's exposed to the drying heat for too long. [...] The problem is that squid is a very, very wet creature with an incredibly high water content. (source)

Squid and octopus have an unusual collagen structure which means that they toughen at low temperatures (60C / 140F). (Source: On Food and Cooking by Harold McGee).

By cooking at a higher temperature, you can cook off that high water content quickly, before the squid has soaked up so much heat that it's turned tough and rubbery.

Monica Cellio‭ staff
1271 reputation 33 21 167 40
Permalink History
Why does this post require moderator attention?
You might want to add some details to your flag.

General comments (2 comments)
Sign up to answer this question »
Featured
How can we grow this community?
The Great Migration is underway
Hot Posts
Q&A — How do I get vegan "cheese" to melt?